Located at Anantara Riverside Resort, the event officially started with an opening ceremony to welcome the participants. Following the ceremony, members were welcomed to have tasty dinner on boat. While FreakOut team were enjoying their dinner, the boat sailed around the city and presented a mesmerizing landscape of Bangkok night. It was such a beautiful night and everyone had fun. As the night went by, firstly shy people became more open and engaged in lively conversations. Some even dared to come to the stage and join dance competition.

The dazzling night on the cruise eventually ended, we had to get back to the hotel and wake up to the second day. Today, all members had to join Bangkok Race and compete with others. In this competition, the players were divided into several teams marked by colours. The purpose of this activity was to build a solid networking between FreakOut members. Each group were obligated to finish four challenges that could be solved by visiting required beautiful places — from Wat Pho, a Buddhist temple complex in the Phra Nakhon District, to Bangkok Flower Market. In spite of the thrilling quests, Bangkok Race was a great way for the players to bond with their team mates because a solid teamwork was needed.

Finished on the afternoon, all teams went back to the resort to gather again. In the next activity, things became a bit more serious. We gathered at the main hall of Anantara Resort to listen to presentations about FreakOut. Parts of these were brought by FreakOut founder Yuzuru Honda, our CEO Tomohiro Yasukura, and Narayan Murthy Ivaturi, our Vice President. From the presentations, FreakOut troops learned deeper about the visions and missions of the company and how to reach the goals. Afterwards, members were asked to join a workshop based on their role in FreakOut, Publisher Track or Sales Track. The aim of this workshop was to share insights and understandings.

At the dinner time, there came a surprise. Apparently, it was also an Awarding Night. FreakOut members finally witnessed who are the MVPs of 4 countries that have been operating for more than one year: Indonesia, Turkey, Taiwan, and Thailand. On top of that, General Manager of FreakOut dewina Indonesia, Dian Sarita, was awarded as FreakOut Global MVP. Nevertheless, that night was a memorable time for every one of FreakOut members.

For more peeks at the event, check this video! 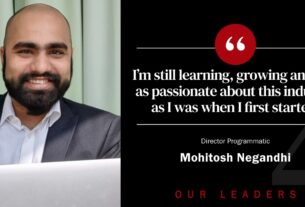