The Trend of Digital Advertising

Digital advertising is predicted will take over a significant chunk of a very large pie. One of the large pie in the world is South East Asia: Indonesia, Malaysia, Thailand, Singapore etc. We have more than 339.2 million internet users in SEA, while more than 272 million are active mobile-social users. (https://wearesocial.com/sg/blog/2017/02/digital-southeast-asia-2017 ). The number of internet users increased by 31% since January 2016. Well, everyone goes digital right now and this is how marketers can approach the audience. Native Advertising is one of the ways.

2017 is a brighter year for Native Advertising. The idea of Native Advertising came when people feel that a lot of intrusive ads in their gadget. And it caused the surging of ad blocker usage, especially on mobile.

As a format, Native already proved itself highly successful long ago. Native ads are designed to fit the content with the format of placement. Therefore it provides better user experience.

Several times ago, Google announced they joined the Coalition for Better Ads, an industry group dedicated to improving online ads. As informed before, Google plans to have Chrome stop showing ads (include those owned or served by Google) on websites that are not compliant with the Better Ads Standards, starting in early 2018. (https://blog.google/topics/journalism-news/building-better-web-everyone/)

Seeing the Better Ads Standards on the organization, those ads will be blocked by chrome.

This condition means intrusive and annoying advertisement will die, instead of native format which considering user experience will be mainstream on mobile. It’s time to reconsider about mobile advertising experience.

The global average of mobile penetration is around 34%. In southeast Asia, the mobile penetration is higher than average. Thailand, Malaysia, Brunei, Philippines, and Singapore have more than 50% in mobile penetration, compared to the total national population. The top 3 activities that using the mobile internet are Social Networking, Messaging, and Gaming. In its 1H 2016 State of Mobile Commerce Report, mobile accounted for 60 percent and 54 percent of all e-commerce transactions in Taiwan and Southeast Asia, respectively. Across all Southeast Asian retailers, the mobile share of e-commerce transactions increased by 19 percent year-on-year. Every day they are glued to their smartphones, from waking up to sleeping at night. This is a mobile era and it’s perfect chance to place our brand campaign in their smartphones. More detail you can check research by Deloitte here: Global Mobile Consumer Survey ( Southeast Asia Edition )

Well, FreakOut, a Japan’s Leading Ad Technology Company, has to lead this native movement within the product: Native Advertising. As the first DSP Company in Asia region from October 2010 (and had already IPO in 2014), FreakOut has launched Mobile Focus DSP “Red”, DMP “Mother”, Native Ad Network “Hike”, Hyper geo-location product “ASE”. We got an exclusive partnership with LINE and only “Red” can deliver on LINE through RTB.

“Hike” is the Ad Network focusing on smartphone In-feed style Native Ads with using a similar format or layout to match websites or app layout. We can provide not only performance but also user experience which we believe the most important key to mobile advertising.

We confidently announce that we will cover native ad in South East Asia because we can provide Premium Native Ad Network in the biggest 6 SEA countries. We support better online ads in SEA and we also believe we will create a better digital ecosystem by Native Ad.

If you want to know FreakOut more, please come here. 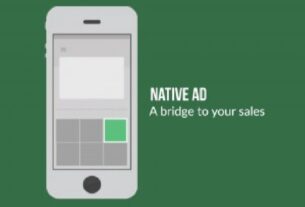 Native Advertising, A Bridge to Your Sales